Streisand: In the Camera Eye Available for Pre-order on Amazon! 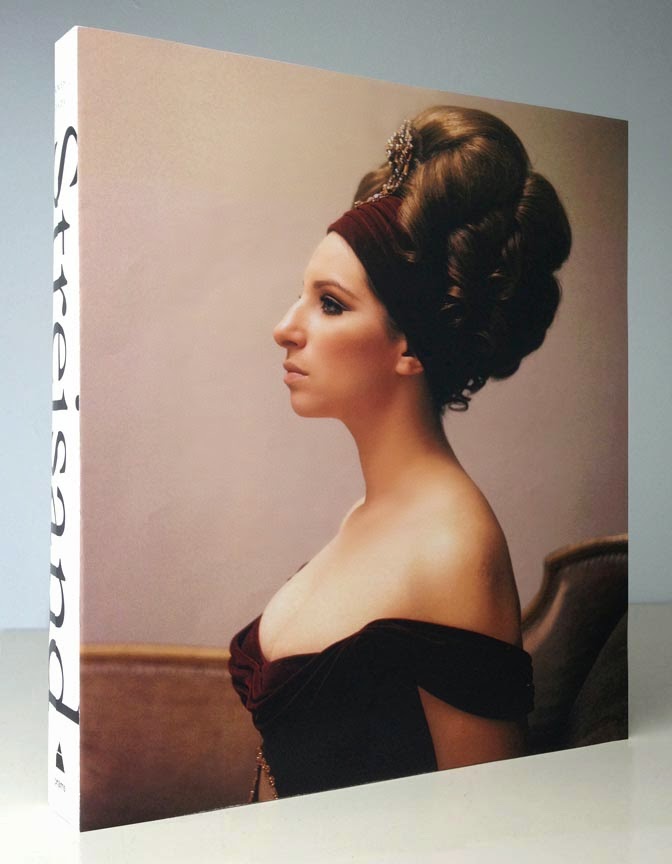 LINK TO AMAZON'S "STREISAND: IN THE CAMERA EYE" LISTING

I'm pleased to announce that my latest Barbra Streisand book is coming from Abrams in hardcover on October 21, 2014. Here is the Abrams catalog description:


“Streisand: In the Camera Eye” is a collection of 170 of the most compelling photographs of Barbra Streisand, chosen for their rarity, beauty, and insight into Streisand’s multifaceted life and career. The pictures, most of which have never been published before, document her many phases, from her early days on Broadway, including “Funny Girl,” to her hugely popular TV specials, to her work as an actress in films such as “Hello, Dolly!,” “The Way We Were,” and “A Star Is Born.” Taken by some of the greatest names in photography—including Philippe Halsman, Francesco Scavullo, Douglas Kirkland, Bob Willoughby, and Cecil Beaton—the images also represent her fabled concerts, as well as personal moments away from the set and stage. Seven essays by Spada introduce the various periods of Streisand’s adult life, and, along with substantial anecdotal and quote-filled captions, they combine with the spectacular photos to tell the whole story of one of the world’s most popular and beloved stars.

Matt Howe of  Barbra Archives did a short interview with me about the upcoming book.


Matt: After writing three books about Streisand, what made you return to the subject of Barbra Streisand again?
Spada: Four books on Barbra! I never could have imagined that back in 1974 when Barbra: The First Decade was published. But each of my books on Barbra has been different. With this one, I wanted it to be a sumptuous pictorial tribute to Streisand’s beauty and talent. I went to one of the best art book publishers in the world, Abrams, and they signed me up to do it! It will truly be the most lavishly produced of any of my books on Barbra.
Matt: The new book looks like a gorgeous “coffee table” photo book. But there’s text by you, too. Can you explain what you’ve done with Streisand: In the Camera Eye?
Spada: The book’s format is very simple and elegant. On most spreads there is a full page photo of Barbra on one page and on the other page an extended caption written by me that discusses what the photo shows and includes a quote from a costar, director, friend or observer praising Barbra and giving their explanation of why she is so special. There isn’t a negative word in the book about her.
Matt: Barbra rarely talks about it, but she has worked with many iconic photographers. And she is an amazing “model.” Does the new book comment on or illustrate that?
Spada: Absolutely. The book begins with four unpublished full color images by Craig Simpson taken when Barbra was eighteen. In one of them she looks like Audrey Hepburn or a Vogue model! There are four unpublished Cecil Beaton photos plus the cover shot, and he explains why she was the “perfect mannequin” to model the Clear Day outfits. The book illustrates all of her plays, television specials and movies, but also has many photos that are used just to illustrate her beauty.
Matt: Did you make it to any of the 2006 or 2012 Streisand concerts? Still consider yourself a fan of hers?
Spada: I did see her in 2006 but not 2012. Yes, of course I’m still a fan. Her photos, TV shows and movies have given me great pleasure since the mid-sixties and they still do to this day. It was such a joy to do this book. I had a lot of help from Jorge Rodriguez Garcia in Spain, who made his fantastic collection of Barbra photos available to me. We had this transcontinental working relationship!
Matt: What will surprise Streisand fans most about your new book?
Spada: I hope it will be the number of previously unpublished photos. I have a great one by Bob Willoughby of Barbra in the hotel pool in 1963, a few alternates from Howell Conant’s 1966 Look shoot, several unpublished shots by Mario Casilli, three amazing shots taken for the 1963 Look profile and never used, and lots more! And also, many of the previously published photos were used very small or poorly reproduced when they were first published, but in this book they’re full page and beautiful! I put this book together with Barbra’s fans in mind, and I’m confident they will be very pleased.

Posted by James Spada at 8:02 AM No comments: